As every foodie knows, Instagram is the place to be. That is, unless it’s 2am and you’re hungry. Then, it’s just plain sad. The rest of the time, though, it’s pretty epic; loaded with delicious pics of gourmet meals that look almost too beautiful to eat, drool-worthy desserts created by culinary artisans, and drinks that put the local pub to shame. Savvy marketers and entrepreneurs are well aware that this is where they need to go to reach their foodie audience, and many big brands are using the social media site to help launch their pop up shops. Here’s a quick look at four of our favourites to date.

Although Birds Eye launched its campaign a few years back, it’s an absolute classic that may have had a hand in kicking off the Instagram foodie trend. The brand knew that people were already taking photos of their meals and posting them to social media at this point, so it launched a London pop up shop dedicated to their new frozen meals and made this their main intent. Anyone who posted a pic of their meal to Instagram with a specific hashtag got to eat free, and to ensure the images looked appetizing, the company sent around a photographer to help train diners on how to take tasty Instagram pics.

Kellogg’s Special K deserves an extra special mention for its creative use of pop-ups. The brand takes a look at the demographics of its market before launching a shop and selects the single most popular social media site to target. In Stockholm, people earned free cereal for Instagram posts. In London, it was the “Kellogg’s Tweet Shop” that gave out free bags of Special K crisps in exchange for Tweets. The brand also sometimes ventures outside of free food. With its “More Than a Number” campaign, female shoppers were invited into a new jean store, only to discover that the jeans had no sizes. Instead, shop employees measured the women and gave them new sizes, such as “Radiant,” “Charismatic,” Fabulous,” and “Stunning.” It was a hit. The women left with a free pair of jeans and renewed confidence and the story went viral on social media.

It may be safe to say that Cheetos is having a bit of an identity crisis. Consumers are growing more health-conscious and have lofty expectations for the glamour of food, meaning Cheeto fingers are far less acceptable than they once were. (They were acceptable at one point, right?) In any case, Chester wanted to reconnect with his audience, so he launched a pop up shop in the posh Tribeca neighbourhood of Manhattan in New York. This time around, there would be no orangey-yellow digits, though, as the dining options were carefully crafted by celebrity chef Anne Burrell. Cheetos meatballs, Cheetos Sweetos Crusted Cheesecake, and Flamin’ Hot limon chicken tacos were on hand, with wet wipes for anyone who couldn’t help get a little messy despite Chester’s best efforts. The company promoted “The Spotted Cheetah” across several social media sites, including Instagram and Snapchat, affording unique photo ops inside with its Cheeto wallpaper and one-of-a-kind Cheeto tree. Their photo planning and marketing helped it become so popular in its three-day run that reservations sold out and the waiting list topped 1,000. 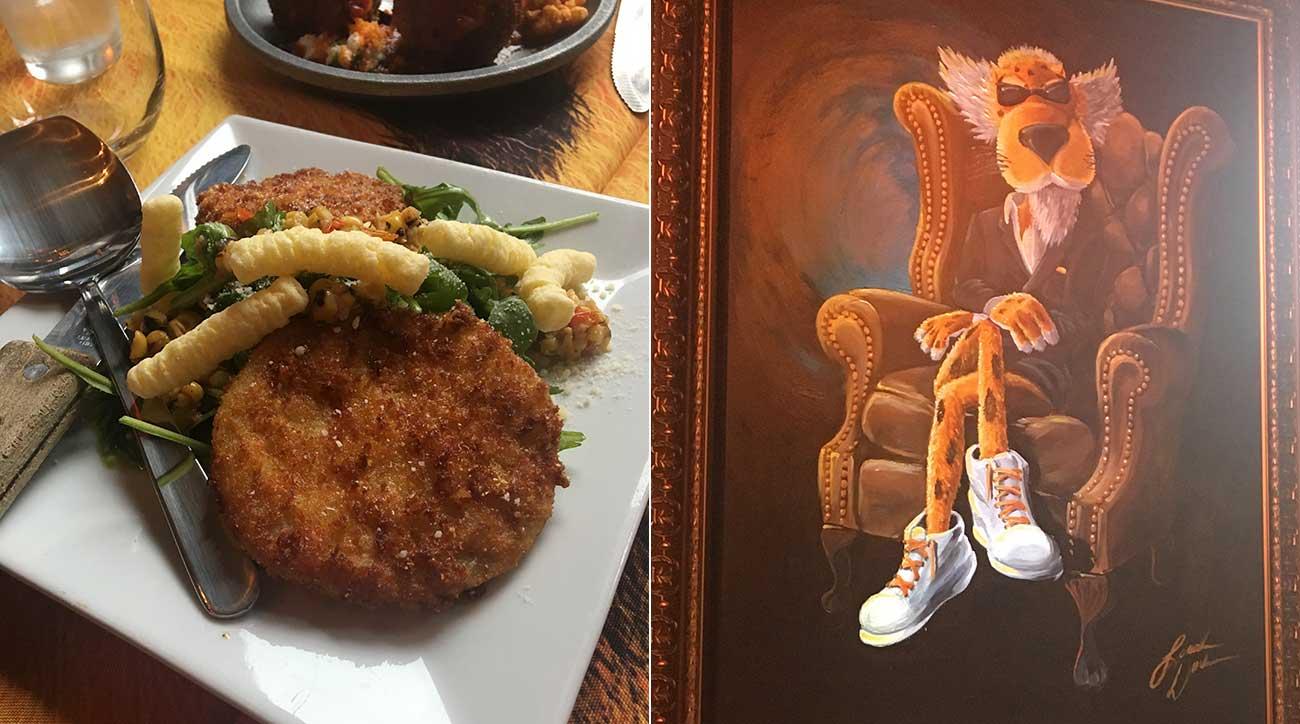 What’s stranger than a credit card company making the list of top food pop up shops? The fact that American Express did it… in Canada. Maybe that’s why they chose to create a photo booth designed to make patrons look like they were standing on the ceiling or walls of the dining room… because the whole idea was crazy, but crazy enough that photos taken there wound up all over Instagram and other social media channels. That actually makes it pretty brilliant, but there’s more to it than that. Amex (very much not a food brand) wanted to get Canadian millennials to start using their Cobalt credit card. So, they did some research and discovered that their target demographic is comprised of some serious foodies, willing to spend 24% of their total income on dining out. And then, they got really brilliant, and called up Gordon Ramsay (very much a food brand). With help from Canadian chefs Antonio Park of Montreal’s Park Restaurant, and Matty Matheson of Parts & Labour, Vice Canada (also very much food brands), the group had a very short run of “Cobalt Social.” According to Ramsay, “Pop-ups are short, sharp and incredibly dynamic — and fill a new niche in dining out today.” We have to agree.

Ready to Pop Up?

If you’re planning a restaurant pop up shop, Instagram and other social media outlets are the way to go for some viral marketing. Some restaurants are taking it so far as to set up photo stations throughout and to offer their customers equipment and tips for taking good photos, as well as freebies for spreading the word. Of course, if you don’t already have a venue for your pop up shop selected, Popertee’s the way to go. We have lots of unique spaces ideal for restaurant pop ups. Browse our listings to find your ideal space or create a listing free.