Top 4 Concept Stores That Have Blown Us Away

“As you know, Apple retail has always been about more than selling,” said CEO Tim Cook at a recent event. “It’s about learning, inspiring and connecting with people. Our stores are also the best place to go discover, explore and experience our new products.” He was referencing how the Apple stores are in the process of reinventing themselves a bit, which may sound a bit odd to anyone who has ever even walked past one. After all, they’re crisp, clean, glowing beacons of light, topped off with roving employees and nearly every iGadget imaginable. By all accounts, the Apple stores are a raging success; we can spot them from a mile away and people are drawn to them like a moth to the flame. So, why would Apple mess with something so seemingly perfect?

Branding, of course. While the company wants to be known for its superior technology, it also wants to become a destination- a series of products anyone can gather around, and integrate even more into their lives. Given the fact that the average user now spends more than five hours per day on their mobile device, cornering additional time is a daunting task. Not to the folks at Apple, though. They think redesigning the store experience is the way to go. “It’s funny, we actually don’t call them stores anymore,” says head of retail operations Angela Ahrendts. “We call them town squares because they’re gathering places where everyone is welcome.” Ahrendts describes the spaces as outdoor plazas for meeting, listening to music, learning how to code, and more.

Although these concepts aren’t being designed as pop up shops, it does go a long way to show that well-established brands can reach new markets or create a new identity with a specially-crafted shop, and Apple isn’t the only one doing it. Check out these four major brands that have totally flipped their angle with a unique pop up shop concept store.

1) Fruit of the Loom

Let’s face it. There is nothing sexy or even remotely attractive about the Fruit of the Loom brand. The company has used quirky techniques like dressing guys up as various types of fruit in order to promote their underwear and socks. This may well suit their normal demographics – average people who want everyday underwear without the frills and fuss, but how could the brand possibly attract a more affluent and distinguished audience with a marketing track record like that? Easy. Masquerade as something else. That’s just what their team did when they launched “Früt,” a pop-up shop done up in crisp white that did little more than unpackage their existing offerings and raise their prices. Although the company eventually let the shoppers in on their little secret, the idea that Fruit of the Loom had high-quality goods stuck.

It’s no secret that Netflix is trying to corner the market on younger viewers. While they don’t make a whole lot of public buzz about their demographics and marketing plans, the release of exclusive shows like “13 Reasons Why,” “Orange Is the New Black,” and “Disjointed” certainly cater to a younger, more liberal audience. In order to reach out to its target audience a little more, Netflix rather quietly linked up with a California marijuana dispensary, and for a very limited time, released branded marijuana in keeping with the vibe of its various shows. For example, fans of “Disjointed” could try something called the Omega Strain, “An incredibly potent hybrid that brings the best of both worlds to your bong,” while those drawn to the show “Santa Clarita Diet,” Drew Barrymore’s zombie series, could grab a little Baka Bile, “A cool and easy indica hybrid that’ll really ramp up your appetite.” Like it or lump it, this progressive marketing concept has forever changed the way some viewers interact with the brand, and that may well translate into more loyal viewership for Netflix. FYI, this isn’t the first time Netflix toyed with pop up shops. They opened several “Luke’s Diner” cafes to promote Gilmore Girls as well. 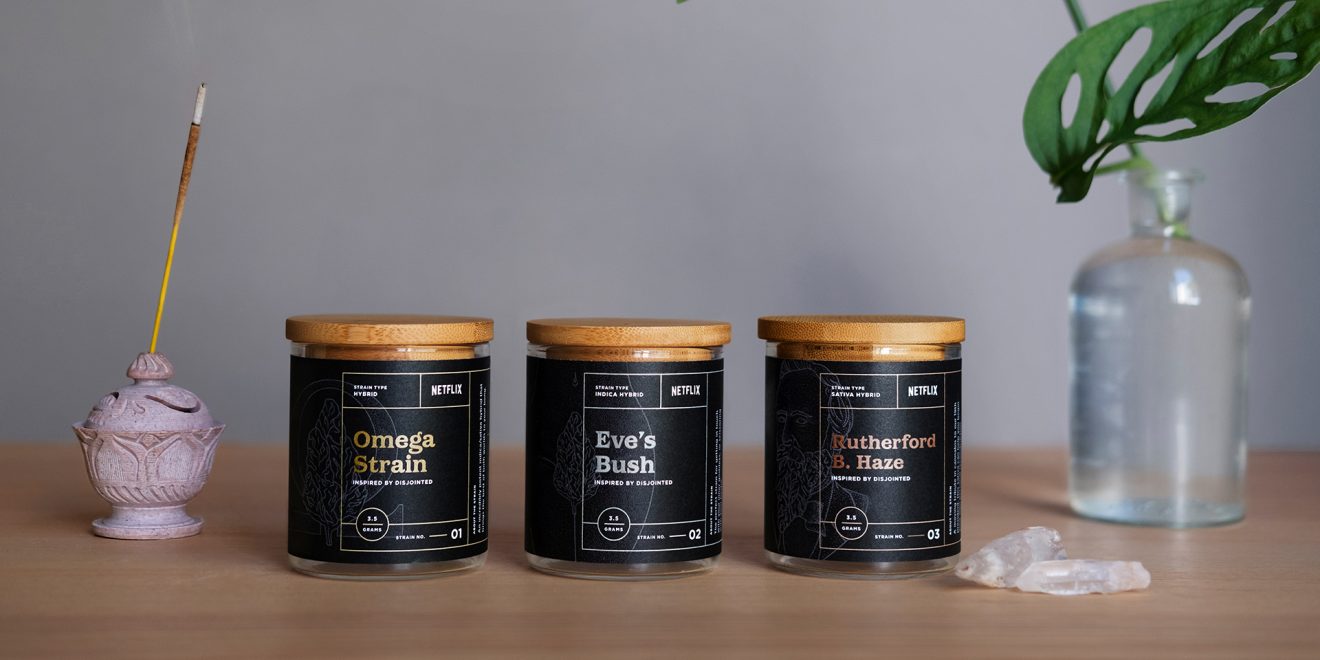 If you’ve looked at any kind of news for the last year or so (perhaps even the Popertee blog), you know that Amazon is killing it with Alexa voice technology these days. Last holiday season, Amazon opened a series of mall kiosks, just to try to get people to become familiar with the tech, Well, move over, Alexa, Google is finally giving you a run for your money. To promote the Home Mini (which is roughly the size of a donut), Google is opening up a series of donut shops and rewarding customers with free fresh-baked goodness when they’re willing to give the Home Mini a try in the store. All visitors have to do is walk up, give the Mini a command, and a box with their treat drops down a shoot. To make the visit even more gratifying, a few patrons receive a Mini inside their box, rather than the donuts. As cool as the Amazon pop up shops were, we have to say, the Google ones are that much sweeter because they create more engagement.

Since 1937, the magazine Marie Claire has been growing its global audience by offering beauty and fashion tips, as well as interviews with some of the biggest female celebs of the time. It fights hard to continuously prove that it’s still swanky after all these years, and the company seems to have realized it needs to be more than just paper tidbits if it wants to remain competitive. At the same time, the credit card company MasterCard is struggling to appear on point with younger generations. Both found their answer in “The Next Big Thing,” the “pop-up retail experience in Manhattan where you can discover and shop the new and the next for every facet of your life— fashion, beauty, entertainment, technology and wellness!” The shop features new beauty-related technology, a whole host of events, private styling consultations, and trendy goods for sale.

Create Your Own Concept Pop Up Shop

Concept stores can be described as any kind of shop with an underlying theme that ties the merchandise together, such as items that target a specific demographic group, a certain product line, or items with a specific purpose. In creating concept shops, either alone or as a joint venture, brands have the opportunity to become better known for a specific trait, and can attract new audiences or create more loyal consumers. If you have an idea for your own concept store, you’ll find the perfect pop up shop to launch it in on Popertee.